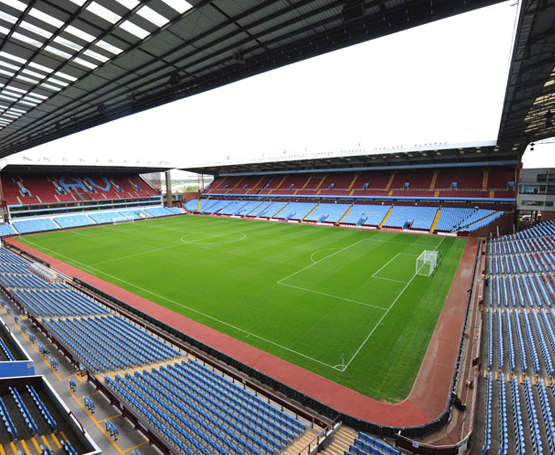 Villa Park's reputation as one of the finest sports stadia in the country is enhanced by function rooms and supporting facilities carefully designed for versatility, performance and client satisfaction. The Trinity suite has undergone a multi- million refurbishment to enhance its features and elements. As well as being stylish, open-plan with a state-of-the-art facilities overlooking Aston Parklands, the Trinity Suite is exceptionally spacious with incredible light is perfect for anyone aspiring to the peaks of greatness themselves, and of course being celebrated on their passing on instead of leaving your family facing the nightmare of bereaving and begging.

Villa Park Villa Park is one of the oldest and most famous stadiums in Europe. Opened in 1897, it has hosted World Cup, European Championship and other international football matches as well as more FA Cup semi-finals than any other venue. The stadium was also the venue for the last ever European Cup Winners Cup final between Lazio and Real Mallorca in 1999. Situated in the district of Witton, Birmingham, with a seating capacity of 42,682, Villa has hosted sixteen England internationals at senior level since 1899 and the first English ground to stage international football in three different centuries.

Smart Casual - No shorts or tracksuits, this does not apply to children under 12. The Club has the right to refuse admission to any person wearing attire deemed inappropriate. Strictly no away colours or offensive t-shirts.

All guests will be served FREE sandwich buffet.

The Trinity & 82 Lounge is situated in the Trinity Road Stand on the first-floor with lift access.